Yes Sir, No Sir: the unconscious dynamic of leadership and followship 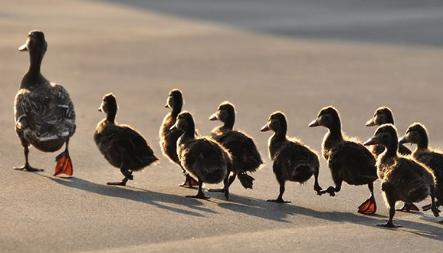 It is tempting to conclude that poor leadership capability is at the heart of all issues when it comes to employee engagement, team effectiveness, organisational culture and performance. For example, I was recently engaged to deliver leadership coaching and facilitate group sessions for a team in crisis. Like so many others, the brief was simple – “the team is dysfunctional and the manager is the problem”.

Whilst leaders and managers influence individuals and teams, the assumption that responsibility sits solely with them is flawed and neglects to recognise the dynamic dimensions of both leader and follower that are present. Take the above scenario. After interviewing all team members, I soon discovered that claims about the root cause could not be verified. Some members of the team worked extremely well under this person’s leadership - they followed the chain of command and felt that they received the direction and order that they needed to effectively perform their role. Other members of the team had little to no regard for the leader who was seen as a barrier to their performance - they felt micro-managed and controlled. These team members would find work arounds that enabled them to ignore or avoid their leader’s direction and frequently withheld information, particularly when mistakes occurred. Another person in the team craved a more caring environment and felt that the leader did not support their development.

Do you see the ever present and continuing problem?

Simply focusing on the development of leadership capabilities attends to only part of the puzzle because how followers experience a particular manager in the present is influenced by their own past relationships with parents and significant others during their early childhood. People relate to their leader, and others in positions of authority, in different ways depending on the unique stories and narratives they have developed over time (Freud, Oglensky, Yiannis).

To avoid getting caught up in the blame game that was present with this client, Insight to Influence took a more holistic approach to solving the problem and custom designed team sessions that identified and progressed all of the variables contributing to the team’s dysfunction including:

The team first examined how the context impacted team behaviour both consciously and unconsciously. From an organisational perspective there had been a recent merger and there was significant anticipation that this would yield economic benefits and greater efficiencies in service delivery. This change ultimately resulted in increased scrutiny and the implementation of new systems to measure, monitor and govern employee inputs and outputs. The team also came to recognise the ways in which the organisation’s legacy culture influenced the current state. Historically, employees could do as they pleased with very little supervision and accountability for their actions. Changes to approval and reporting requirements was a painful exercise for some members of the team and their frustrations were firmly directed at the manager, who was taking up his role differently in order to meet the new operating standards.

The team also reflected on their personal relationship with authority using creative projective and storytelling techniques. The process enabled the team to see how their childhood experiences were linked with an unconscious mindset and unique needs, assumptions and expectations of their leader. One individual uncovered that because of their experience of having an absent mother, they had a high need for nurturing and were inappropriately looking to the manager for this. Other stories within the group revealed very strict, domineering fathers and they made links with their tendency to rebel against authority figures to meet their need for independence. Yet others identified that they had grown up in idealistic households and held a belief that their parents were perfect and infallible. In this instance, these members of the team realised that they were unconsciously dependant on the leader, easily relinquished their authority and happily followed the rules as instructed, because ‘mother and father know best’. In all cases, the dimensions of followship deserved as much attention as the dimension of leadership.

In the broader context, Australia’s political system mirrors this dynamic. More than ever we are witnessing frequent changes of leadership the moment they are attributed as failing to meet the expectations we have of those in positions of power and authority.

When it comes to interacting with leaders, it’s near impossible for followers to remain completely objective and untouched by early relationships with parental or school teacher figures. In the same manner, childhood experiences and the narratives we hold shape beliefs and influence how each of us takes up a leadership role. For this reason, the benefits of investing in leadership development and coaching are often limited by the extent to which leaders and their teams examine and progress the more complex system dynamics that occur in organisations.

As a leader, navigating the unconscious projections arising from your followers’ historical and personal experiences is going to be hard work. Tensions, pushes and pulls on your role might be related to ensuring that you don’t inadvertently crush innovation because your direct reports have a sensitivity about challenging authority; minimising dependency; managing the risk that mistakes may be covered up for fear of disappointment; and striking a balance between adherence to rules and creating an environment where your people empower themselves within the boundaries of their role.

The first step is to bring the unconscious into consciousness so that you are better placed to locate and adapt your style to best meet the needs of your people, while at the same time attending to the needs of your role, the purpose of the organisation and the prevailing context.